It was announced last week by Sharon Osbourne on CBS’s “The Talk,” that the popular series "The Osbournes," will return to film six to eight episodes so fans can catch up on what the family has been doing. According to CBS News, filming will begin soon on a network yet to be announced. Originally aired between 2002 and 2005 on MTV, the reality show featured Ozzy Osbourne, his wife Sharon, and their children, Kelly and Jack. It was stated at the time to be MTV’s most viewed series. In fact, "The Osbournes" television series received a Primetime Emmy Award during its first year.

During the CBS interview, Sharon Osbourne stated that it was her husband Ozzy’s idea to bring the show back. She stated, “He looked back on his life and he said, ‘I wish we could have done ‘The Osbournes’ now where I’m clean and sober.’”

Of course, I was not aware of the fact that all of this was happening when I photographed the Osbournes at a Brent Shapiro Foundation event recently in Beverly Hills, California. What I was aware of however, was a visibly close family who was incredibly supportive of each other. 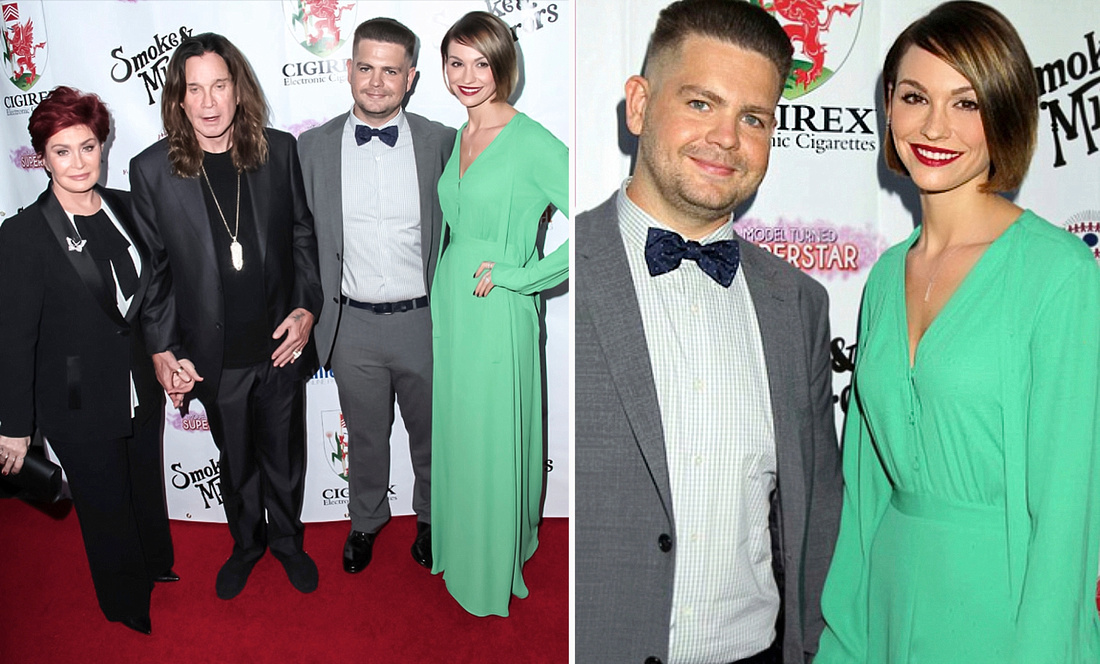 I was introduced at the event on the media press list as Bo Jackson’s photographer. For those who aren’t aware, The Brent Shapiro Foundation was created in honor of the Shapiro’s son, Brent, who died as a result of an overdose. In giving back, Robert Shapiro and his wife, Linell, have dedicated themselves to raising awareness through education; removing the stigma and isolation associated with the disease of addiction, and supporting parents, teachers, and caregivers with the tools for communicating the dangers of drug and alcohol abuse effectively. 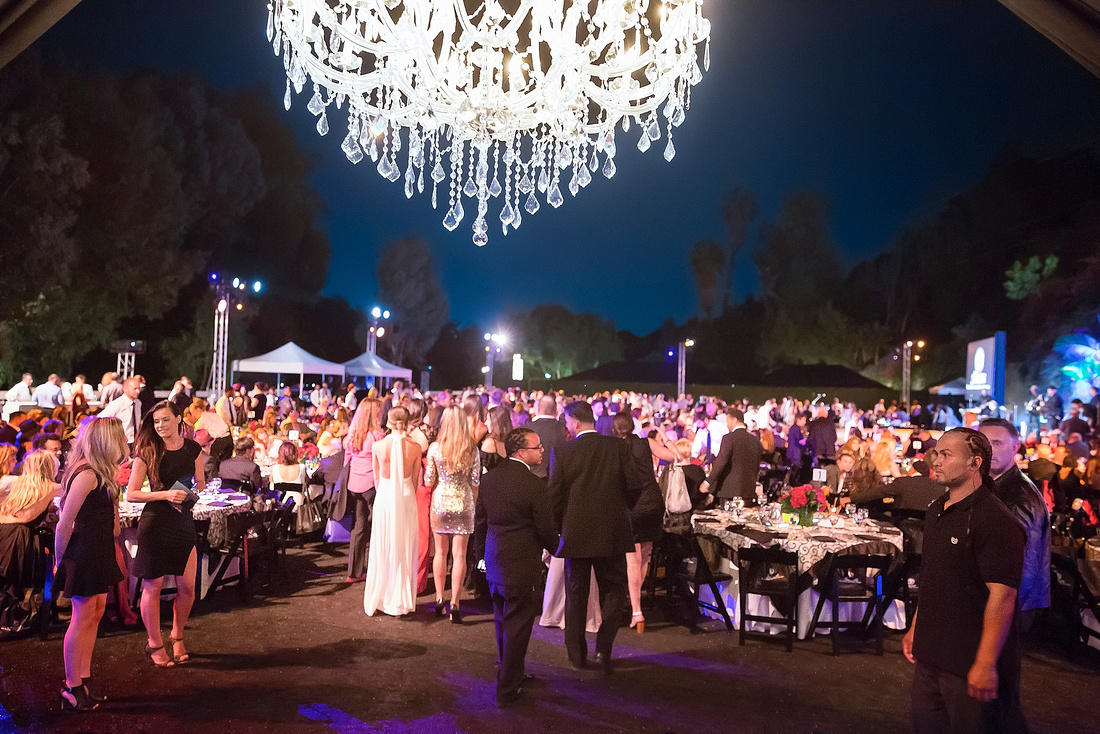 Ironically, it was during the reality show, “The Osbournes,” where Jack Osbourne, according to press interviews, states that his misuse of prescription medication and alcohol took him over. In an MTV interview discussing his addiction and recovery he states, “I had smoked pot and drank every day for two years.” He added that he was using a lot of opiate based drugs like OxyContin.

In 2013, Osbourne sought treatment for his addiction. Since that time, he has been clean and sober and has continued to be open about his addiction and subsequent recovery. During a brief red carpet interview at the Brent Shapiro Foundation’s event, he talked about the importance of giving support to others who are in trouble. He expressed that “coming from a loving place” is the approach that needs to be taken when helping someone through recovery.

Jack Osbourne received the Spirit of Recovery Award for Service that night. When he took the stage he shared his story. He was courageous and incredibly down to earth. He spoke about his support system and the importance of helping others who are in trouble.

I was able to capture the moment where the loving place he talked about on the red carpet met the loving place in Robert Shapiro, as well as in the visibly proud Osbourne family sitting in the audience. All of the emotion I saw took my breath away. 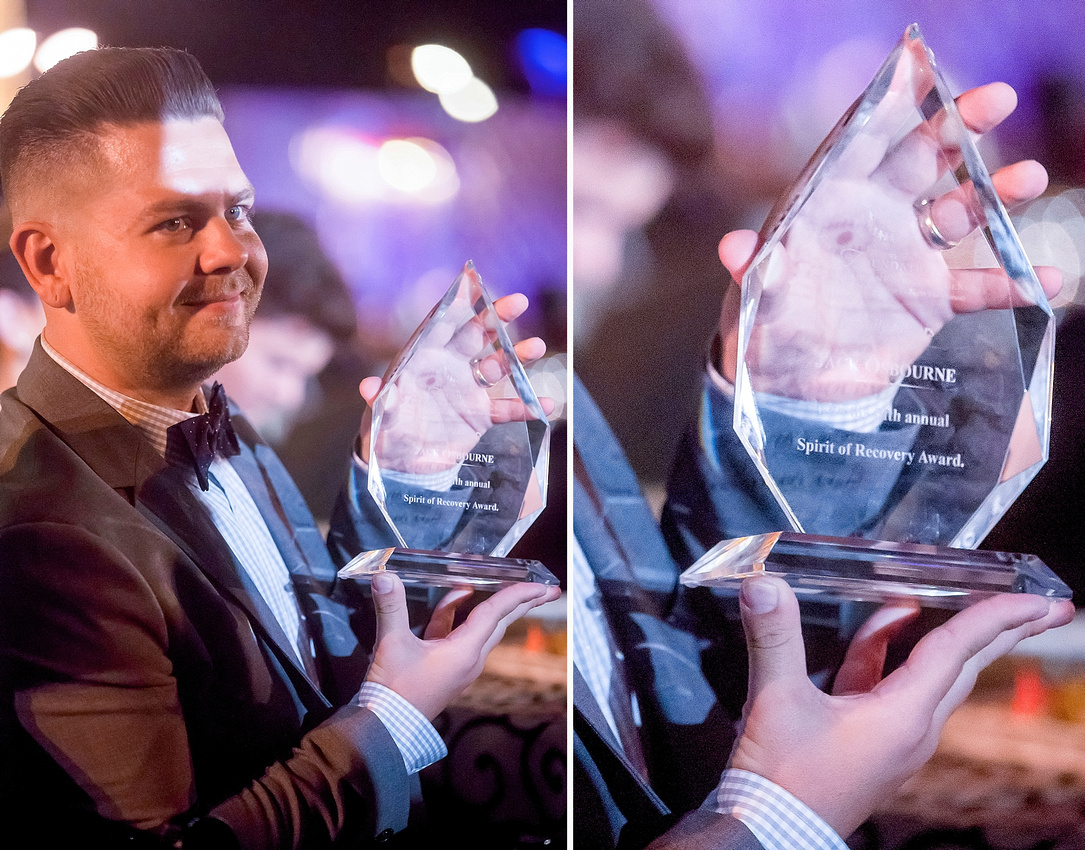 Above Jack Osbourne accepting his Spirit of Recovery Award from Robert. He then sat down and proudly held his award for me to photograph.

Quite often I am asked what it is like to have the opportunity to meet and photograph so many celebrities. My answer to this question is always the same. I don’t see any of them as celebrities. I see them as people – Having several as friends, they experience the same light and darkness as all human beings do.

The experience at the Brent Shapiro Foundation event was no exception. I saw men and women young and old, from every area of entertainment, come together for a cause that is so important. My lens captured smiles, laughter, and tears … it even caught me with some of Brent's club kids. However, what my lens caught on stage between Jack Osbourne and Robert Shapiro said it all; love, support, courage, and hope for generations to come.

Robert and Linell are true humanitarians; aiding children and adults around the country!

I ask that you join me in supporting the Brent Shapiro Foundation. Every dollar makes a difference. After watching their story, you will most definitely understand its importance. Please follow the link here: