The Hearts of the NFL

Recently, as the media was shoving their way in front of me to capture the “ultimate moment" while the Chicago Bears were in play, my eyes wandered about the field. I was looking for something as I always do; looking for the story that set itself apart from the ones where all of the other cameras were focused. As photographers were taking shots of fans cheering at the top of their lungs, faces painted with the colors and symbols of their beloved team, and intense coaches’ faces … I spotted it. To my left I saw a vision of love in its purest form; love between a parent and a child. Suddenly, all of the noise and heroic tackles became static. Matt Slauson, at a mere 6' 5", 315 pounds, saw his son, Montgomery James, approach the sideline with his wife. As Matt approached his family, plays and scores no longer had any significance. Matt took off his helmet, walked over to his son, knelt down on one knee, and embraced the place where his real riches reside. As I captured the moment there was a smile on my face and water beading in my eyes, much like the sweat that beaded on Matt's brow.  The media has spent a great deal of time discussing various NFL players and alleged abuses. While I applaud the fact that domestic abuse awareness has come to the forefront, it saddens me that it had to take “abuse caught on tape” for it to become a National conversation. I can only hope that the media continues this conversation. Domestic violence is everywhere; it doesn't start and stop with professional sports. It is in every corner of every neighborhood and it is deplorable.  That being said, it is time that the media and the public sees the other side of this story. It is time to see the tenderness I caught on my camera. The majority of players in the NFL are upstanding citizens in their communities, great partners, and loving parents. Love resides everywhere, and the NFL is certainly no exception. The embrace between Matt and his son was a vivid reminder of that fact. 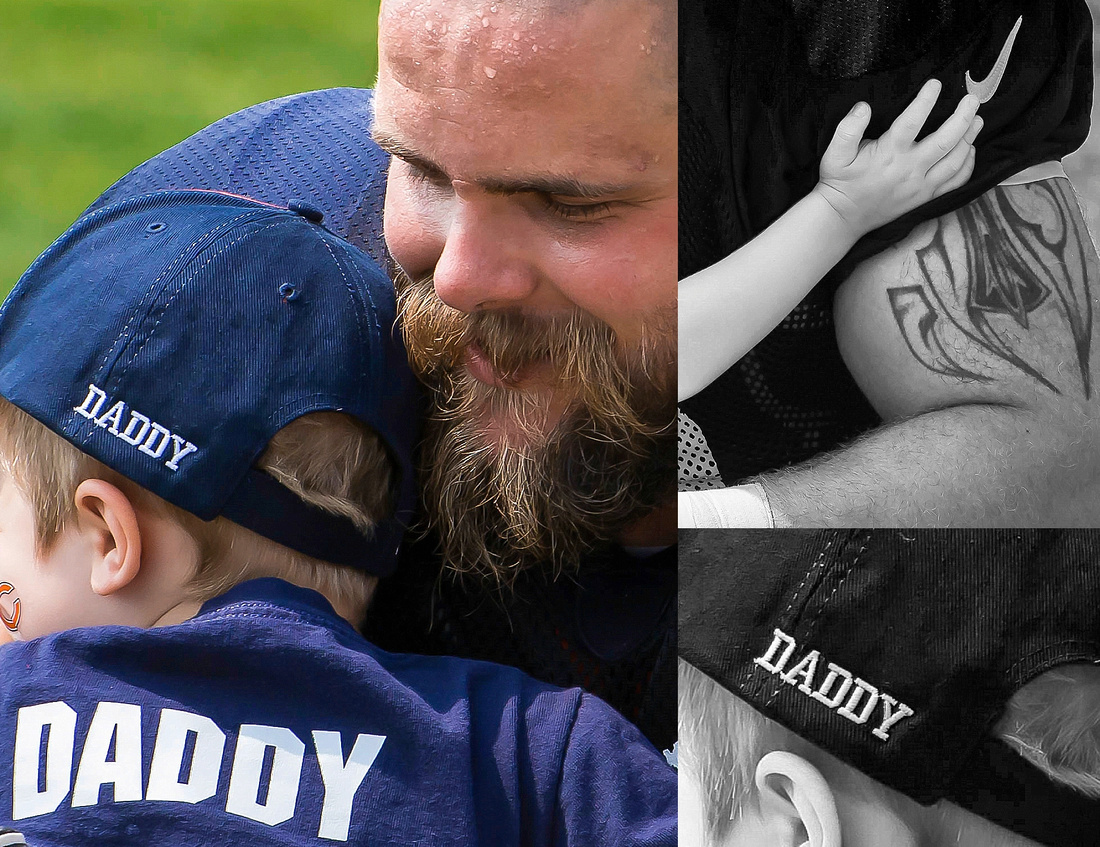 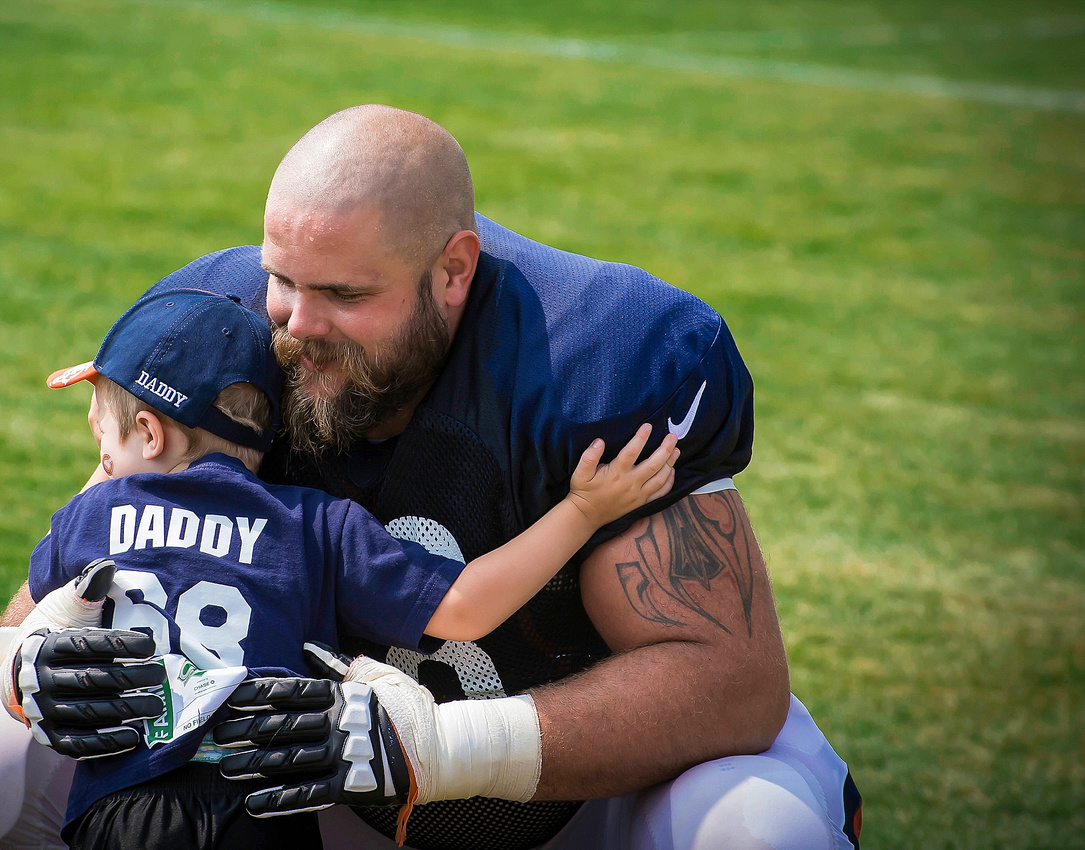 Robert Clark(non-registered)
Nice capture. Important.
Shane Monahan(non-registered)
Hey Lynne! Great capture of Matt! I'm a die hard Husker fan and Mr. Slauson was one of our own! Great to see these tender moments of a man that lives his life as a gladiator on the field, but a loving father off of it. :)

I'm going to share this on some Husker boards I frequent. Talk to you later!